Migraine is a complex neurovascular disease affecting almost a third of the entire world population and resulting in significant disability. We have been among the leading laboratories in preclinical research into migraine pathophysiology and therapy. A wide range of experimental models and tools help us examine spreading depression (SD) susceptibility and SD-induced cephalalgic allodynia, and their genetic, hormonal, physiological, and pharmacological modulation. Our ultimate goal is to bring novel prophylactic and therapeutic targets to clinical testing. Migraine shows a strong clinical association with ischemic stroke. Our work has helped elucidate the mechanisms of migraine-stroke association, implicating microemboli and enhanced tissue susceptibility to ischemic injury in migraineurs. We are currently exploring ways to mitigate the risk. (Harriott, Ayata) (Publications) 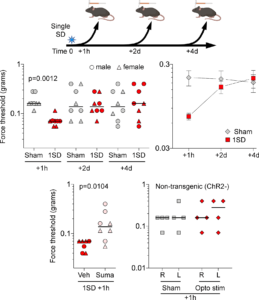 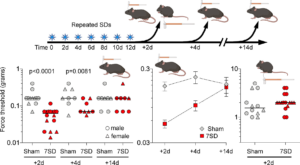 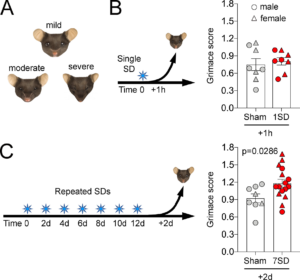 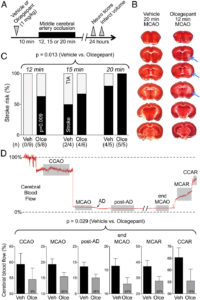 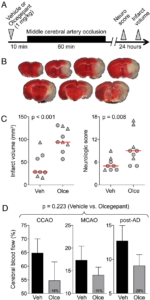 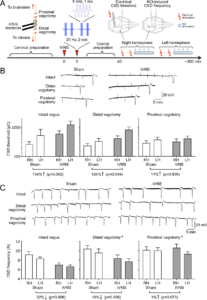 Headache after ischemic stroke: A systematic review and meta-analysis 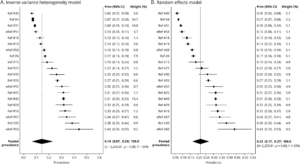 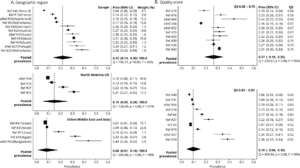 Study characteristics: geographic region and quality score (QS). (A) Headache prevalence varies depending on regional location. European studies had higher prevalence values as compared to studies from other regions (Middle East and Asia). Likewise, studies whose source population was from the United States had higher prevalence values than those from Middle East and Asia. (B) Studies with a lower QS report a higher headache prevalence as compared to studies with higher QS (QS − fractional QS). CI = confidence interval. Learn more. 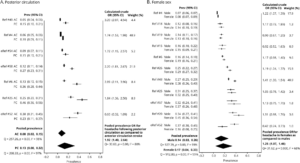 Patient characteristics: posterior circulation (PC) stroke and female sex are associated with greater odds of ischemic stroke headache. (A) Headache prevalence for PC and anterior circulation (AC) stroke is reported for each study. The pooled headache prevalence for PC stroke is higher than that for AC stroke. The odds of having headache is 2-fold higher with PC stroke as compared with AC stroke. (B) Headache prevalence for female and male participants is reported for each study. There is a modestly higher prevalence of stroke-related headache in women as compared to men with a pooled odds ratio (OR) of 1.25. CI = confidence interval. Learn more.